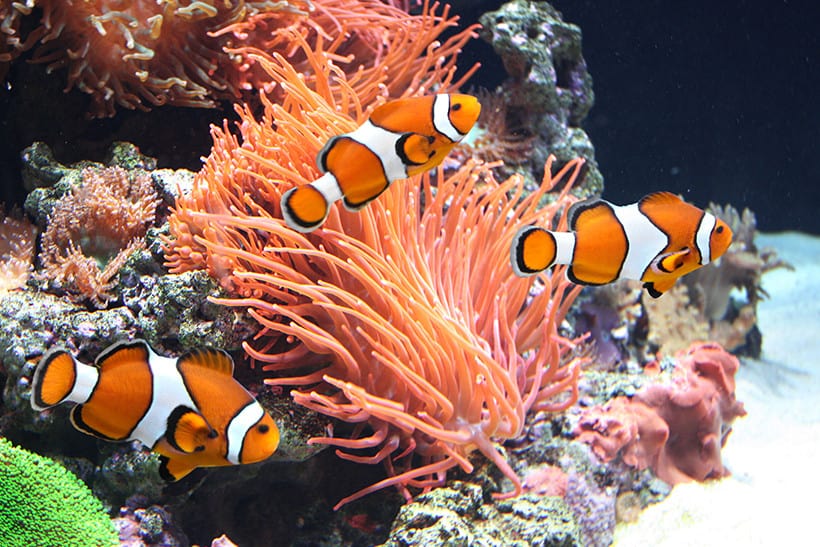 The reef aquarium is not only a tank with salt water in it, but it is above all a real underwater world surrounded by five glasses. As it happens in nature, the growth of corals creates a little reef in which fishes and invertebrates live and interact each other, displaying a triumph of colours to us.

In order to set up a reef tank, it is necessary to consider the needs of corals due to their fragility. Even though some of their diverse shapes (such as branching or flat ones) remind us of vegetable organisms, corals are proper animal organisms, related to jellyfish. As a matter of facts, corals are incredible predators that eat Zooplankton. The coral finds it in the aquarium thanks to its stinging tentacles. Some of the most common corals take advantage of symbiosis with a certain group of seaweeds, called Zooxanthellae, which, through the photosynthesis, use the light to feed the coral so that they have in return a shelter and a protection. This natural exchange gives us wonderful fluorescence and bright colours.

For this reason, light is a key point in the setting up of a marine aquarium. Not every tank needs the same light spectrum, and so it is important to choose the correct light system according to our needs, relying on modulating lights, just like Amtra led system reef WiFi.

In order to optimise the lights of a reef aquarium, we suggest choosing an open top tank, so that lights can directly reach the corals and, in addition to this, it allows a right exchange of carbon dioxide and oxygen among water surface and air. For example the Station Tank Reef Amtra.

Moreover, the Zooxanthellae make use of nitrates and phosphates as “bricks” for their growth, but the excess of these elements can let them proliferate into the coral tissues. On the one hand, the presence of Zooxanthellae guarantees intense colours, but it is likewise true that, on the other hand, a higher concentration of them causes the loss of intensity of the colour and the darkening of the coral itself. Therefore, although a moderate quantity of organic waste is well tolerated by corals, it becomes a problem for us aquarists because we would like to always have very colourful tanks.

The management of pollutants is another issue to consider while setting up a reef aquarium. Fortunately, the technical equipment gives us tools to avoid the increase of these substances, such as the skimmer Amtra Square Skim.

Thanks to the constant contact between some little bubbles of air and the water of the tank, this tool can remove the proteins derived from decomposition. Another important thing for wasting management is the supplementation of bacteria that helps the aquarium to reduce the remaining substances escaped from the skimmer.

Furthermore, in aquaria such as our Amtra Station Tank Reef, it is possible to set under the tank a sump filtration system like Amtra sump in order to hide a good part of the technical equipment of the aquarium, such as the hulking skimmer, allowing a much cleaner design of the tank.

Once you have found the right lights and filtering set-up, you are ready to enjoy your aquarium, but remember that the growth of corals steals carbonates, calcium, magnesium and microelements from the water. For this reason, later these elements have to be integrated with Amtra Reef X, Amtra Reef Y and Amtra Reef Z.

Don’t worry if you do not have much available space or need an aquarium that requires faster maintenances. Thanks to the progress of technical equipment, it is possible to set up small reef tanks, known also as Nanoreef. They work as the bigger tanks and they can also host “demanding” corals. They can also be set up by those who want to observe small fishes and invertebrates, such as the tiny Thor shrimps or the funny Gobiodons, that otherwise would be lost in much bigger tanks. 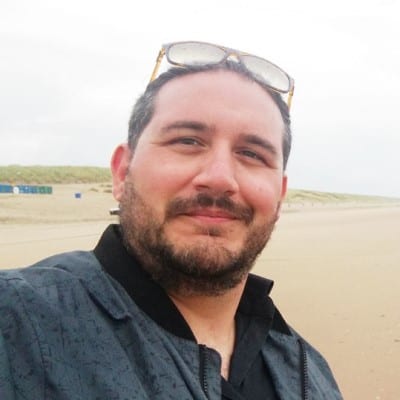